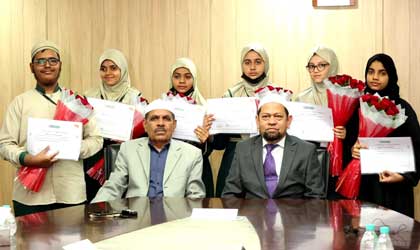 Students of MS Creative Schools become members of World Teen Parliament (WTP). In the second year of the renowned WTP which was established for the development of leadership skills among students, MS students have got the honour of representation in it. Six students of MS Creative Schools elected to share their ideas in this institution. MS Management felicitated these students at the MS Corporate Office, Senior Director, Dr. Mohammed Moazzam Hussain and Dr. Syed Hameed were present at this felicitation ceremony.

After going through a tough competition, they got the honour of being elected in the World Teen Parliament. This year 130 students of MS Creative Schools participated in this competition, out of which 30 students have been selected as an Influencers. 6 students have achieved absolute victory and had been elected as members of the prestigious World Teen Parliament for the year 2023. 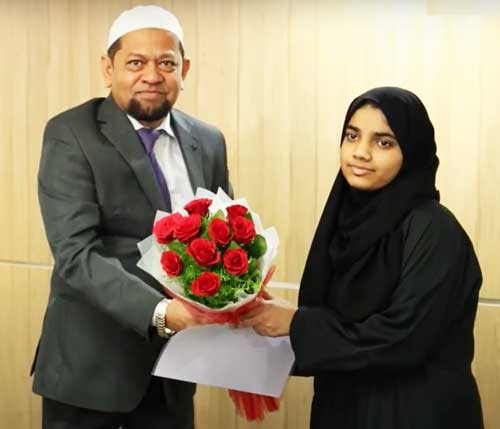 Dr. Mohammed Moazzam Hussain said that the elected 100 youth MPs will get trained, mentored and received fund to act on their ideas. Every month they will interact with prominent world leaders, corporates, government representatives and other important global personalities.

On this occasion, Academics Director, Dr. Syed Hameed congratulated the elected students and said that this year also thousands of students from all over the world participated in this online competition to become one of the fortunate 100 Members of World Ten Parliament (MP), it is indeed a proud moment that six students of MS Creative Schools are among the students who won in the final stage of this competition. He said that last year also four students of MS had the privilege of sharing their ideas on this global platform. 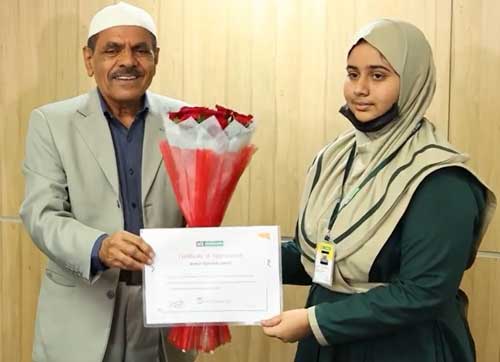 The success of MSians in this prestigious competition from the last two consecutive years is highly laudable. Students elected for the World Teen Parliament will participate in discussions, online workshops and they will interact with internationally renowned experts and eminent legislators, including parliamentarians from India, the UK and other countries as well. Experts who interacted with the MS Creative School students elected last year include Member of Parliament like Mr. Shashi Tharoor.

Students who got selected for the 2nd World Teen Parliament conveyed their happiness on receiving this honour and expressed their determination to work hard. They said that they will take advantage of this golden opportunity to acquire knowledge and will work towards the betterment of society, country and the world at large.