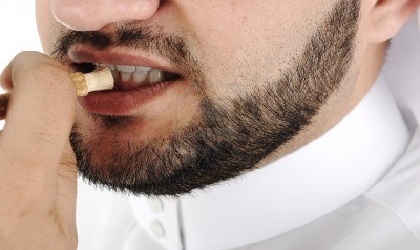 Miswak an Ideal Tool for Oral and Dental Health

Its okay not to brush … Ever wondered how and why?

“If the eyes are a window to the soul, then the mouth is the doorway to the body” The typical modern-day plastic toothbrushes that we see today are the advancement and in replacement of the ancient natural chewing sticks. The chewing stick was also used for the same purpose to cleanse the teeth and also to minimize the halitosis. The evidence of its history is dated back to the ancient times of then to Babylonians (7000 years ago).

Miswak is a natural tooth cleaning tool, a stick extracted from the roots, stems, twigs or barks of the branches of arak tree (Salvadora Persica). There are more than 150 plant species that can be used as Miswaks, the most common of them being the Salvadora Persica. The other few species of plants that can be used as Miswaks are Azadirachta indica (Neem), Olea europaea (Zaitoon), Acacia Arabica (kikar).

Islam has since the beginning expounded on the importance of overall health, oral and body hygiene. Prophet Muhammed (SAW) has always asserted people to use Miswak and hence the reason many in the Muslim world have adopted it as part of their daily practice. This assertion of him in itself is a promise of wisdom behind it, besides any scientific proof. Miswak is the way of cleaning the mouth and also of pleasing Allah (Azwajal).

It is the Sunnah of our beloved Prophet Muhammed (SAW) and even of all the other Prophets. Few of the various hadiths which refers to the importance of use of Miswak:

(If I had not found it a hardship for my Ummah, I would order them to make wudhu for every salaat and to use Miswak in every wudhu.) [Bukhari, Muslim]

(Jibrael (AS) recommended using a miswak so much that I feared that it would be made obligatory [fard].) [Ibn Majah]

The religious benefits that a Muslim achieves by the use of it (Miswak) are, the greatest of all being that it pleases Allah (Azwajal), it brings Noor on the face of the person, it graces the one with the company of angels, and they (the angels) sing praises for him/her.

Miswak as per the Sunnah can be used on awakening, on entering the house, before ablution, before the recitation of Quran, hadith and making Dhikr, before entering a good gathering, before and after a journey. They the Miswak’s (natural toothbrushes) are inexpensive and affordable with colossal of additional oral health benefits and hygiene when held in comparison to the modern day’s synthetic toothbrushes.

Different studies and researches have given proof of evidence that these sticks are composed of many natural and beneficial ingredients that are good for dental and oral health hygiene such as, B-sitosterol and m-anisic acid, chlorides, Salvadora and gypsum, organic compounds such as, pyrrolidine, pyrrole and piperidine derivatives.

Flavonoids, glycosides, resins and high amounts of fluoride, silica, sulfur and vitamin C, and has also been recommended by the WHO (World Health Organization).

Miswak being rich in all such naturally occurring constituents is believed to possess anti-bacterial, anti-fungal, anti-inflammatory, anti-cariogenic, analgesic, anti-plaque and anti-oxidant effects and properties which make it useful to fight tooth decay and cavities, harmful bacteria and germs, protection against tartar and plaque, to remove malodor, and to protect and strengthen the gums.

Hence, is the Miswak an ideal tool for oral and dental health from both the Muslim’s religious aspect and also from a scientific and social perspective.