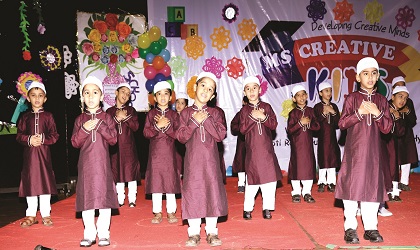 The 3 day colourful programme, organized at Bhartiya Vidha Bhawan, Basheer Bagh on 27th to 29th March 2018, was attended by hundreds of parents. During the 3 Days programme the kids presented short skits, nazam and colorful dance. Donning uniform of Armed forces, the little MSians presented skits on patriotism and performed the role of Armed forces. A few of the skits and nazams were quite heart touching.