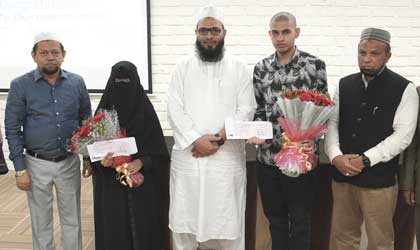 Abrar Ullah Haqqani and Mahtasheen Sultana Receive One Lakh Each

Hyderabad – July 2: MS Education Academy honoured two of its students who scored the highest marks in Intermediate this year, following the old tradition of rewarding the toppers a cash prize of Rupees One Lakh was awarded to both toppers.

Abrar Ullah Haqqani son of Ikram Ullah Haqqani and Mahtasheen Sultana daughter of Abdul Hameed are two such talented students of MS Junior College who topped in all colleges of MS group in the intermediate examination this year and achieved first place. 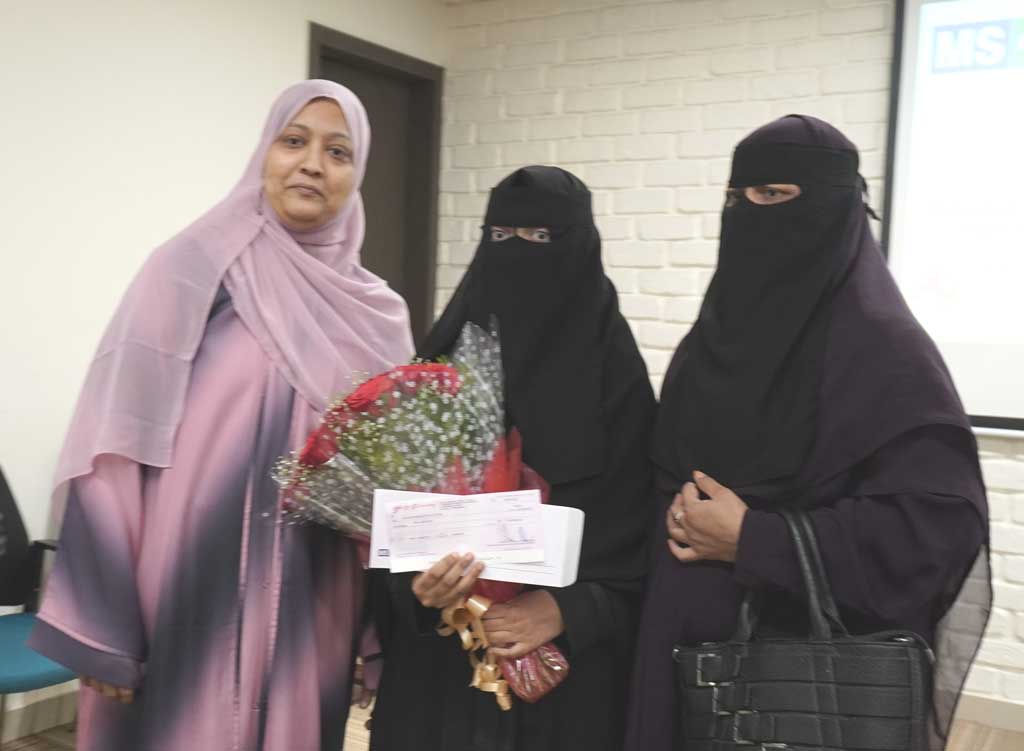 MS students gave a glorious performance this year in Intermediate 2021-2022, A total of 5500 MSians appeared in the Intermediate first and second year examinations, out of which 1915 students scored 90% and above marks.

A simple felicitation ceremony was held at MS Education Academy’s corporate office to present the Cash prize to both toppers. Chairman of MS Education Academy Mohammad Lateef Khan handover cheques to both the toppers. On this cheerful occasion, Managing Director Anwar Ahmed and Senior Director Moazzam Hussain were also present to encourage the students. Parents as well as guardians of both students were also invited.

Senior Director Moazzam Hussain said that MS Education Academy has established the tradition of rewarding its toppers every year to encourage and motivate the toppers. He hopes that this prize money will help the toppers to continue their future studies in a smooth manner.