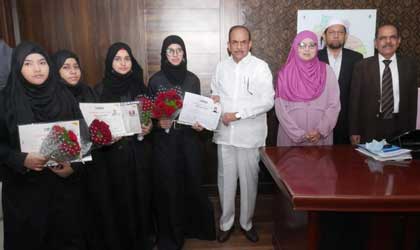 These four Parliamentarians are students of MS Creative School and are the only MPs of WTP from Telangana State. The home minister felicitated the students and also appreciated the endevaours of MS Education Academy. 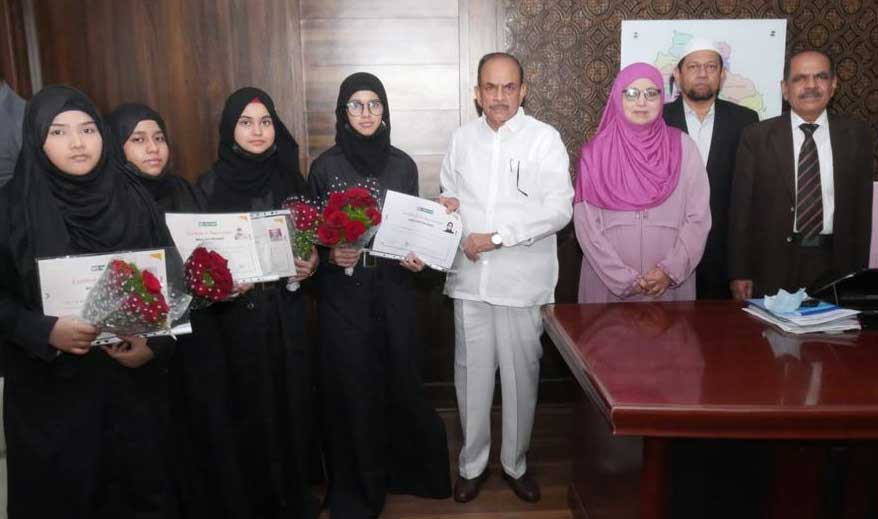 “Four students of MS who have been elected as members of world influential body (WTP) met the home minister Mohammed Mahmood Ali today at his office”, said the senior director. “The MS management also accompanied the students”.

are the students of class X of MS Creative School. These four students have been elected as members of this influential world body after a rigorous selection process spread into three stages. The final result was declared on the 21st of January 2022”.

The home minister felicitated the four WTP MPs and appreciated their success. He also praised the MS for equipping the students with such life skills that enabled them to reach the world platform”. 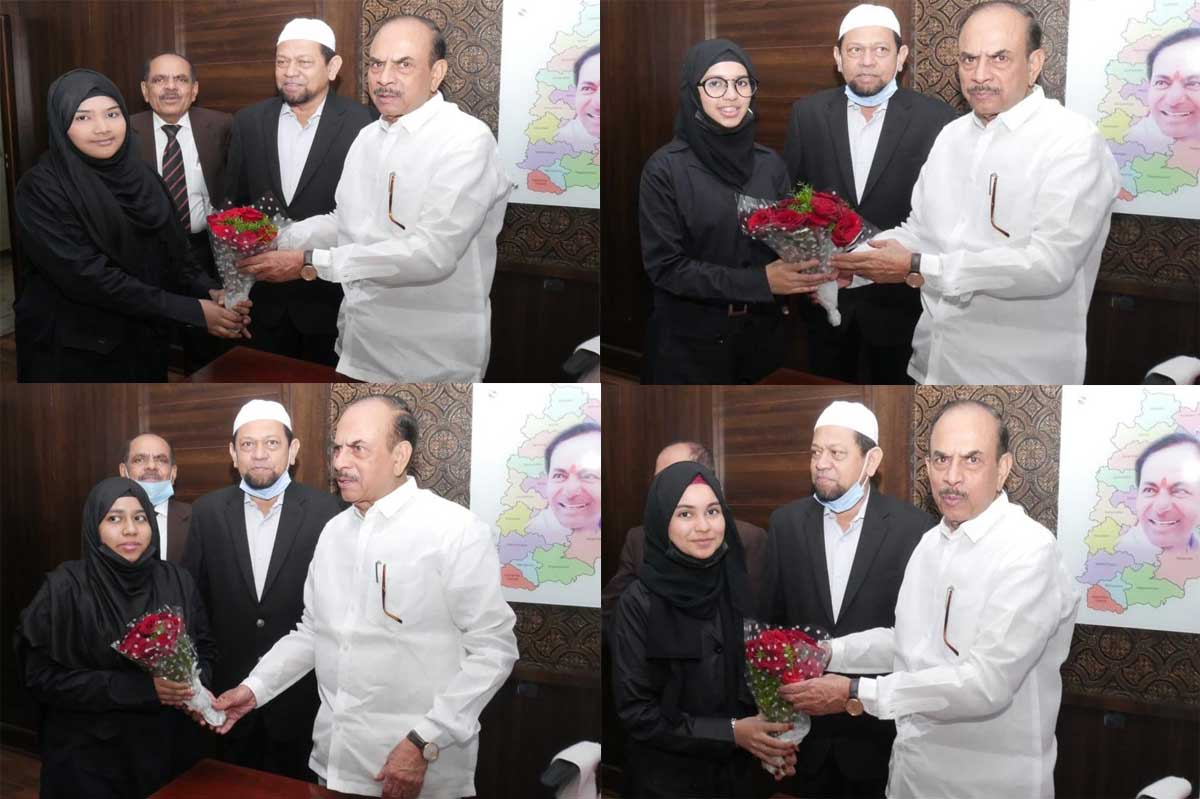 Nearly half an hour, the Home Minister interacted with the students and discussed their projects as teen parliamentarians. He wished these young Parliamentarians for a bright future. The home minister also appreciated the initiative of MS which provides modern education in Islamic environment.

MS Education Academy that is a result producing institution works for the holistic development of students. It is a preferred destination for the minority students as it provides quality education with all round development. The institution not only imparts education but also inculcate life skills needed to be a global citizen.